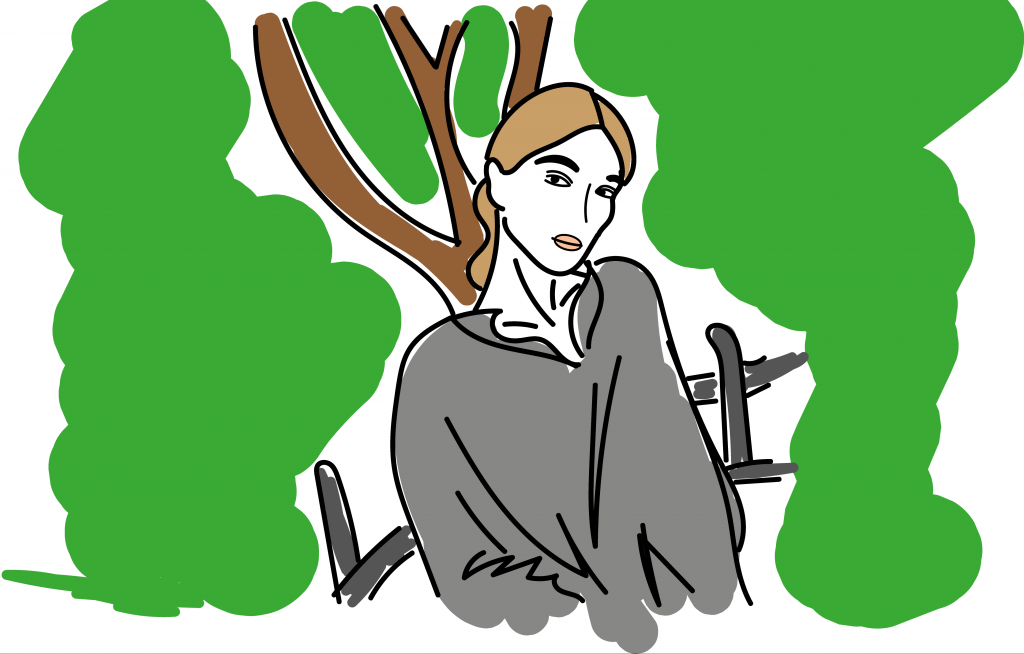 Home Unit Articles “Yes, I’m a boy.” And I went on playing with dolls.
Belarus

A transgender girl from Hrodna decided to be herself and does not regret it. In the second issue of the Hrodna.life special project "Not on the phone" we talk about the generation gap, job search and insufficiency of just tolerating trans people.
1 March 2021

HL: Sasha, it’s nice to hear you! And I go straight to congratulations. You just found a job yesterday, now it’s quite a difficult task.

Sasha: Yes, and it’s difficult for everyone.

Let’s talk about the search process itself. Did your identity influence your job search? How do trans women do it?

I registered on a job site relatively recently, 2-3 months ago. Before that, I studied in a college. As soon as I graduated, I thought, why not? I registered and decided that I would indicate everything as in my documents. At first, there were no responses to my requests at all. I sent my CV to many companies, but they just replied in a standard way: “We can’t interview you at the moment.” Then I changed my gender in the CV. After I changed my name, I was called in for a couple of interviews.

I was interviewed for a barista. I was interviewed as a girl, and then they asked me for my passport. I explained to them my situation. This did not affect anything, we continued the interview as before. But then there was no reply. There were several such interviews. But, at least, I was not treated rudely and inappropriately. 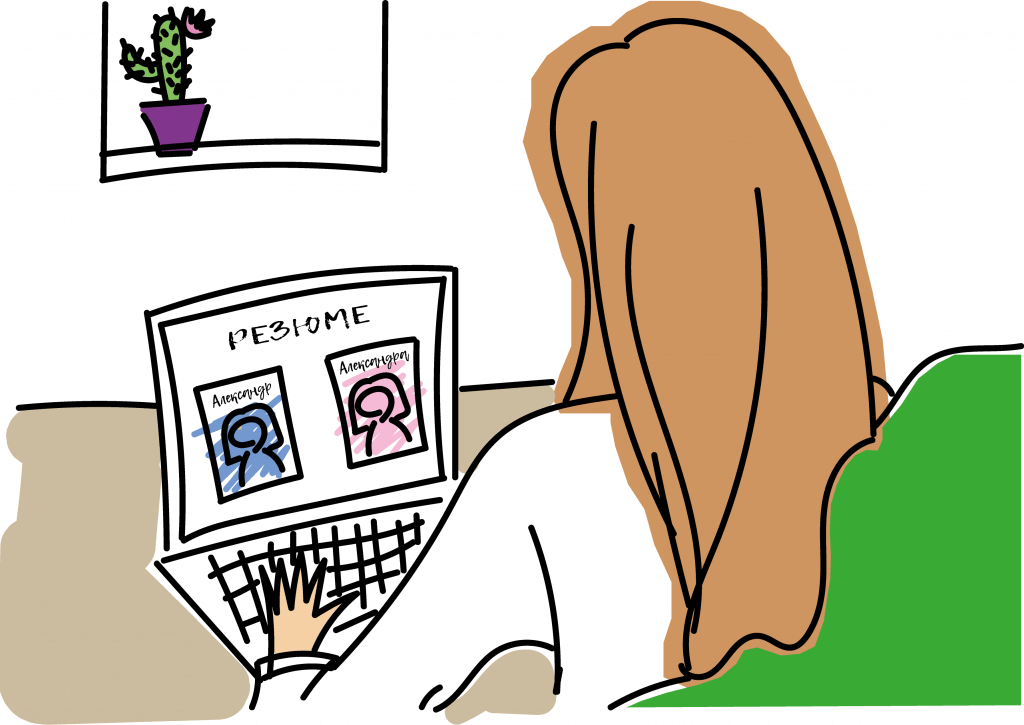 We can’t interview you at the moment 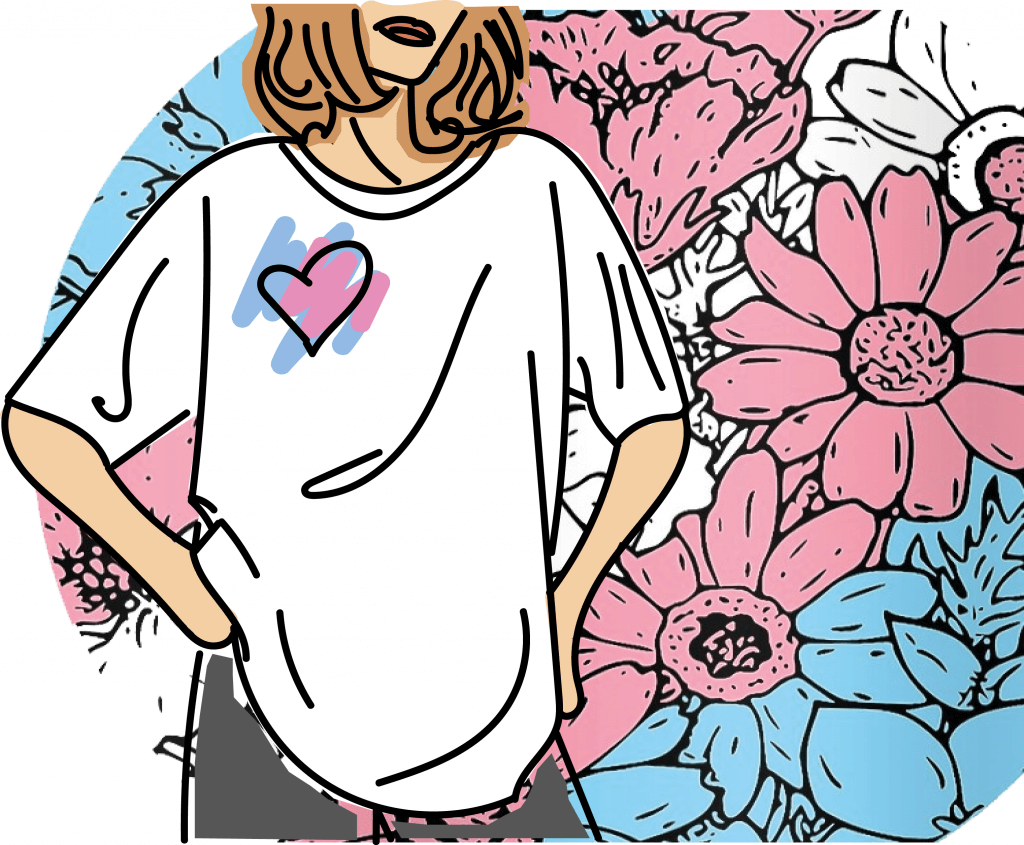 “Few of my friends remember me as this ‘manly man'”

The employer that you have now has already seen your passport and understands the situation?

Yes. I had a trial working day today. I watched, got acquainted with the team, and studied the workflow. My employer saw my passport. She was… confused. At first, she asked: “What’s wrong with your passport? Why is it so? Is it defective?” I say, no, it’s not defective, it’s just the way it is. So I had to give her a hint, I didn’t want to say it directly, I could have scared her. She says: “We need to call the accounting! Maybe there’s something wrong with the documents!” So her first thought was what the accounting would say, not how the team would treat me. I think her reaction was as neutral as possible. So far, so good.

Do you plan to change your legal gender?

Personally, the things in my passport do not bother me at all. It’s just a piece of paper with the letter “M” written on it. It doesn’t define me or my inner state. But I understand that it is necessary to do it for my future, so that there will be no problems with work, marriage, and everything else.

Sasha, how did your environment react when you started your transition? How did your friends take it?

Few of my friends remember me as this “manly man”. Only those who have known me since I was 7-8 years old knew a very boyish version of me. I met most of my friends when I began to look… well, I won’t say feminine, but rather androgynous. Even then, my friends saw that I was… not a “dude”. So the reaction was okay. Everyone around me, my friends from college, all of them reacted either neutrally or positively.

How did your family react? If you’re comfortable talking about it, of course.

I have a single-parent family, I have been living with my mother since I was 14. My dad and I had a fight when I thought I was a gay guy. At that point he had already been angry about it. I understand that now that he will definitely not accept me as a transgender person. So our communication with him is as superficial as possible. He calls once a month and asks: “Sasha, how are you?” — “I’m okay, went to the college, now I’m at home and planning to go out” — “Oh, I see, I’m fine too, was at work today”. It suits him and me.

It’s more complicated with my mother. She somehow tried not to believe it until the last moment, she tried to convince me that I’m wrong. I can’t say that she took it very negatively, but I also can’t say that she took it positively. My mother thinks I made a hasty decision, that I still need to find myself… I guess she thinks it’s a game for me. But at least she doesn’t mind, and she doesn’t cause scandals about me trying to look like a girl. Grandparents… They still hope I’ll find a girl and this will all be over. Every time I bring a female friend to visit my grandmother, she immediately says: “Oh, Sasha, how long have you been dating her?” “We’re not dating.” “Why? She’s such a pretty girl!” So, at the moment, only my mother knows a lot about my life. She knows what’s going on with me, she knows I take hormones, she knows how I dress, how I look, how I do my make up. Everyone else is oblivious. 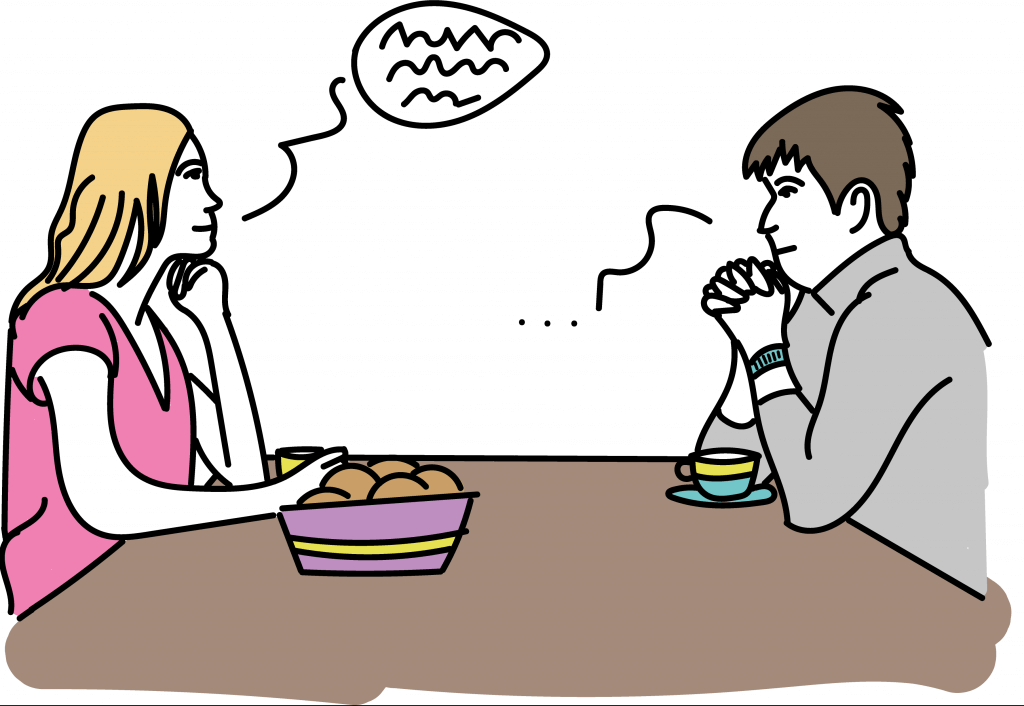 “In a month, hormone therapy became a routine for me”

Maybe they are in denial? You know, the “Five stages of grief”.

Maybe they see what is happening, but they are trying to prove to themselves that it is not so. To be honest, I don’t want to change the status quo. I understand that if I start to “educate” my relatives on transgender issues, it will only get worse. I will fight with everyone, there will be screams, tears, scandals, prohibitions, threats, panics, etc., and I will just completely stop communicating with everyone. So I’m not trying to change anything. I think it’s better than nothing.

How long ago did you start your transition? How did you feel in the beginning?

About a year ago. I don’t remember a specific date. At first I felt a wild joy, every day. That I’ve finally started this, I’m going to change for the better, I’ve been waiting for this for so long. But in the end, I got used to it pretty quickly. In a month, hormone therapy became a routine for me.

What triggered it? How did you decide to start doing what you had always wanted to do?

I’ve watched and read other people’s stories, and they usually say: “Since childhood, I’ve felt that I’m a girl, I played with dolls, and I was dressed up as a boy, and I did not understand why. And I’ve known it since childhood, and I made this decision very quickly.” No. I had this part of me as a child, I loved to play with dolls, put on my mother’s high-heels, and in general I was quite a delicate and fragile child. I never ran around with the boys and didn’t play with toy tanks… But I didn’t think about it. I didn’t think that maybe I was a girl. I knew I was a boy. I wasn’t happy about the fact, but I didn’t deny it either. “Yes, I’m a boy” — and I went on playing with dolls and building castles with girls. In general, I did not dispute this fact.

“I never had a thought like: “Oh, what am I doing with my body, it’s wrong, it’s against nature!”

Closer to the age of 14, I began to look androgynous. This was influenced by many factors: my clothing, my hairstyle. I was often confused with a girl. I thought, “Oh, what an fascinating, multi-faceted person I am. I can be a boy, I can be a girl. This is who I am, I look how I want to look. And it’s awesome.”

By the age of 16, changes started to happen. I realized that my thinness, or my fullness, or make up, or clothes don’t matter that much anymore. I saw my face change and my body change. My female part became less and less visible, and I looked more and more like a strange boy. And I realized that I was not satisfied with it.

I wondered who I would be in the future. If I don’t do anything. Ten years from now? 15? I tried to imagine what I would look like if I remained a man. And I couldn’t. I was scared. I realized that I would not be able to fully enjoy my life, and most likely, I would just suffer from my insecurities and other issues. I thought about taking hormones at the age of 15, but I did not have such an opportunity. You need money for that. And you need a prescription to buy them. But by the time I was 17, I had made up my mind.

Of course, this is such a major decision!

I decided that it would be more comfortable for me to open up to people, and first of all — to myself. From that time on, I started taking hormones. I never had a thought like: “Oh, what am I doing with my body, it’s wrong, it’s against nature! I was born a man, so I must be a man.” On the contrary. From the moment I began to notice the first changes, I felt such harmony inside. My mental state became much better. It was as if I got a load off my chest. When my old friends stopped recognizing me, it was very pleasant. And when most of the strangers on the street began to address me as a girl. Now I feel calmer, and there is always some joy inside. Such a calm, small joy. 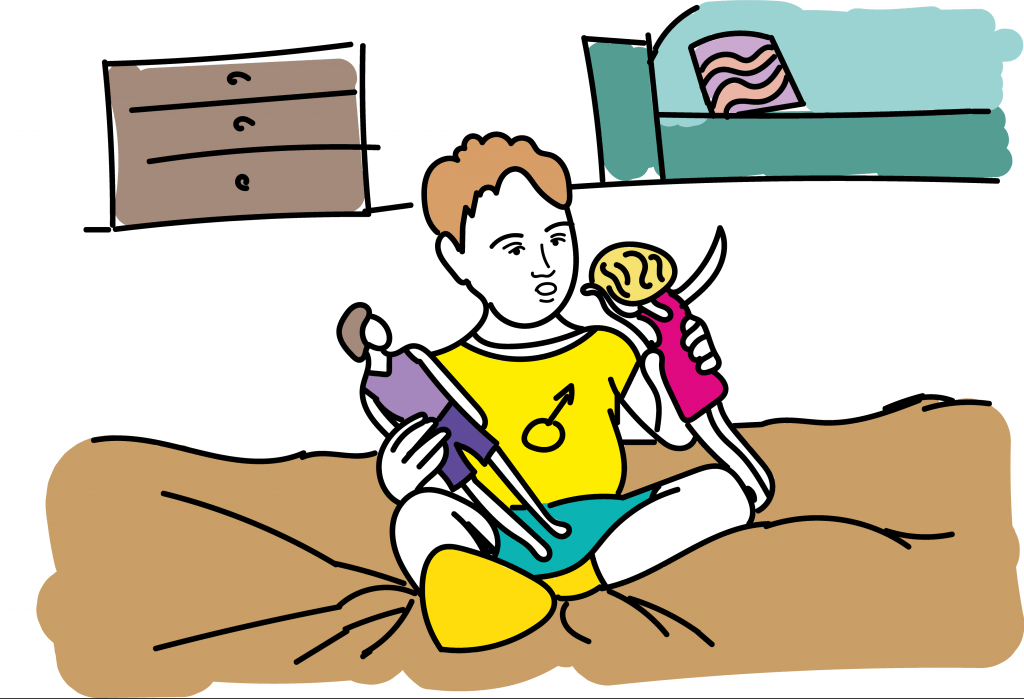 If you could influence your country and society right now, what would you change to make your life more comfortable in Belarus and Hrodna?

The authorities. One way or another. I believe that they influence people’s opinions. If the government changed, not just some individuals, but the whole system, then over time the country would begin to change, and then the people. I believe that this would really give a boost not only in terms of tolerance and acceptance, but in terms of all aspects of life.

Do you think that if you change, then you need to change drastically?

Tolerance to LGBT people alone will not solve all the problems. In addition to homophobia, transphobia, we have many other issues. Our people reject everything that is not familiar. We are talking about skin color, excess weight or thinness, tattoos, haircuts. Otherness is immediately rejected and considered a “disease”. It doesn’t matter if you are gay, straight, or transgender — if you look different from the average person, you will face at least slight persecution. So tolerance towards LGBT people alone will not change the essence. The rest will still be hated.

What do you think, can “soft interventions”, such as open lectures, articles in the media improve the situation?

I think this is the only option we have. Because, I think, we won’t be able to change the government. And even if we do that, the changes won’t come quickly. It is necessary to change people’s minds gently, without pressure, so that they can read and learn about it themselves, if they want to. They should be provided with materials, facts, data, a quiet conversation, news, YouTube videos. If they want to, they will read some article, if they don’t want to, they won’t. I think this is the way that works. 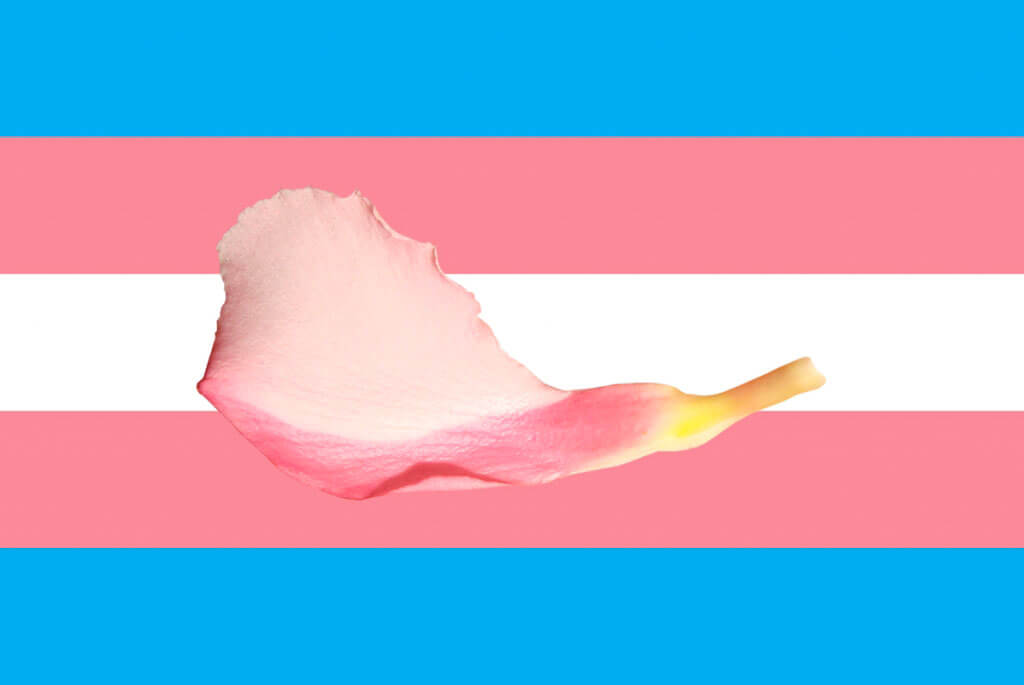 People are afraid not of getting sick, but of being hospitalized

By Milana Levitskaya & Nasta Mantsevich
What difficulties do transgender people face during the pandemic?...